If you enjoy walks on the beach, leisure activities like golf or tennis, fine arts, great dining, and a vibrant business climate, Sarasota is for you. Ranked the #1 Beach in the U.S. in 2020 by TripAdvisor’s Traveler’s Choice Awards™, you will quickly understand why when you feel the quartz-crystal powdery sand between your toes, and experience the soft waves and the abundance of sun & fun at gorgeous Siesta Beach. Start Planning Your Trip

Sarasota is on the southwestern coast of the U.S. state of Florida. The area is renowned for its cultural and environmental amenities, beaches, resorts, and the Sarasota School of Architecture. The city is at the southern end of the Tampa Bay Area, north of Fort Myers and Punta Gorda. Its official limits include Sarasota Bay and several barrier islands between the bay and the Gulf of Mexico. According to the U.S. Census Bureau, in 2019 Sarasota had a population of 58,285. In 1986 it became designated as a certified local government. Sarasota is a principal city of the Sarasota metropolitan area, and is the seat of Sarasota County. Long the winter headquarters of the Ringling Brothers Circus, many landmarks in Sarasota are named for the Ringlings.

The islands separating Sarasota Bay from the gulf near the city, known as keys, include Lido Key and Siesta Key, which are famous worldwide for the quality of their sandy beaches. The keys that are included in the boundary of Sarasota are Lido Key, St. Armands Key, Otter Key, Casey Key, Coon Key, Bird Key, and portions of Siesta Key. Previously, Siesta Key was named Sarasota Key. At one time, it and all of Longboat Key were considered part of Sarasota and confusing contemporaneous references may be found discussing them.

Longboat Key is the largest key separating the bay from the gulf, but it was evenly divided by the new county line of 1921. The portion of the key that parallels the Sarasota city boundary that extends to that new county line along the bay front of the mainland was removed from the city boundaries at the request of John Ringling in the mid-1920s, who sought to avoid city taxation of his planned developments at the southern tip of the key. Although they never were completed in the quickly faltering economy, those development concessions granted by the city never were reversed and the county has retained regulation of those lands.

The city limits had expanded significantly with the real estate rush of the early twentieth century, reaching almost 70 square miles (180 km2). The wild speculation boom began to crash in 1926 and following that, the city limits began to contract, shrinking to less than a quarter of that area.[10]

Siesta Beach in Sarasota, Florida continues to rank highly on the “Top Beach” lists curated by worldwide travelers and renowned coastal experts. Its nearly 100% quartz-crystal sand is like walking on a cloud that never gets hot under the Gulf Coast sun and tropical weather. The recent addition of new playgrounds for kids, a renovated Sarasota School of Architecture pavilion and 150 additional free parking spaces has helped Siesta continue to delight beach goers year after year.

Indulge in fresh seafood, handmade pasta, fine wine and more when dining on Siesta Key. Whether you'd prefer a fine dining establishment, or a simple grouper sandwich and beer, there are more than enough options for breakfast, lunch and dinner.

If soaking up sun, surf and sand aren't your idea of spending a visit to the best beach in the U.S., don't worry. You can hop on a jet ski, go parasailing, wrangle a boogie board, and even bring the whole family out on a boat. It's time to get a different view of Siesta Key – from the water! 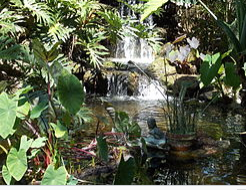 Find a Home in Sarasota Fl

See All Neighborhoods
The information contained herein has been provided by My Florida Regional MLS DBA Stellar MLS. IDX information is provided exclusively for consumers' personal, non-commercial use, that it may not be used for any purpose other than to identify prospective properties consumers may be interested in purchasing, and that the data is deemed reliable but is not guaranteed accurate by the MLS. Listings last updated Jan 26, 2022 4:26:pm.